Saudi Arabia has warned that crude supplies are at risk and that it may struggle to raise output. OPEC is scheduled to meet on Thursday to discuss the market outlook and whether it should raise output further.

Oil prices rallied in volatility on Friday, but earlier this week saw bulls meet their rivals and oil prices fell sharply in open trade. The spot price of U.S. West Texas Intermediate crude (WTI) was around $ 109.4 . The tightening of measures against Omicron reportedly weighed on the demand outlook for the oil market. Meanwhile, crude oil prices rose sharply in the previous week as the war in Ukraine continued to roil markets. However, more supply disruptions hit the market last week. The storm damaged facilities at the Caspian Pipeline Union Marine Terminal, causing disruptions in loading. Initial expectations were that exports could fall by 1 million bpd."A Saudi oil storage facility was hit by an intensive drone attack by Yemen's Houthi rebels," ANZ analysts explained on Friday. The alleged damage to Aramco's facilities has caused some short-term operational disruptions . Saudi Arabia has previously warned that crude supplies are at risk and that it may struggle to raise output. OPEC is scheduled to meet on Thursday to discuss the market outlook and whether it should raise output further.On U.S. soil, the Biden administration is considering another release of oil from the Strategic Petroleum Reserve, which could surpass the 30 million barrels sold earlier this month,media reported. In total, the United States and other members of the International Energy Agency (IEA) have released about 60 million barrels of oil reserves. Natasha Kaneva, head of commoditiesresearch at JPMorgan , said: "They definitely have the ability to do more -- IEA members have about 1.5 billion barrels of SPR stockpiles. Anyway, that's the whole idea of ​​SPR , to provide relief in an emergency." Continuous daily chart of crude oil US crude oil at 14:07 on March 28, Beijing time 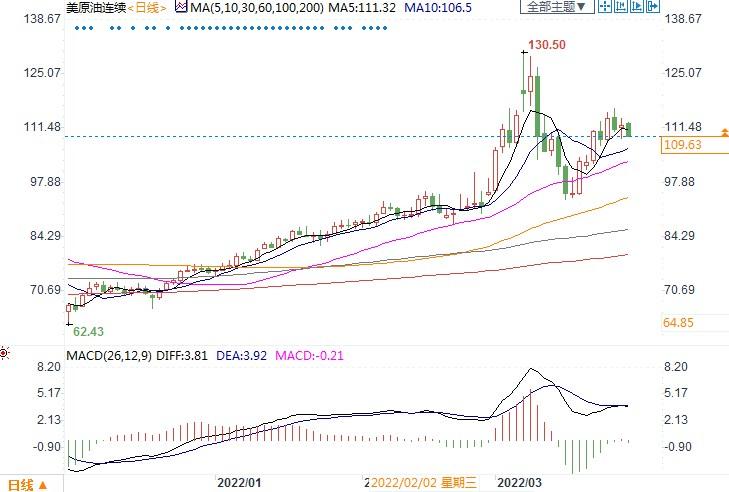